27 June. The Point England Development Enabling Bill has passed. Eight Northern New Zealand dotterel used 100% of the 18ha of the boggy grazed land to feed their chicks. Under the Bill this will be reduced to 3.7ha of mown edges which experts say will not be adequate for the conservation dependant birds. The development plan also introduces a variety of habitat modification including (drainage and lighting) and new threats (like dog walkers and cats) destroying the bird sanctuary. Despite a huge protest no environmental plan was developed prior to the passing of the Bill.

“since hui with the community we have developed concept plans that will maintain the total amount of playing field area by constructing new fields on the reserve next to the marae site. Overall, our project will double the amount of accessible open space, by removing the cattle and fences from the reserve.”

Nick Smith now has an SOP before the house which will force Auckland Council to create the sports fields in the remaining reserve (map here). The Northern New Zealand dotterel will not nest on these sports fields or be able to use the land for foraging. This is the last nail in the coffin for the Bird Sanctuary and shows that the Government and the developers were never serious about mitigation or looking after the birds.

9 May. The Select Committee produced a report in response to our petition. It has less errors than the last report (which is good), it also states that the developers will not "adversely affect the habitat for tūturiwhatu" (which sounds great). However it does not show how that might be achieved given all the threats stated, it even promises "The bill would enable over 10 hectares of the headland to become more accessible to the public." without acknowledging this would compromise the nesting ground. They think "an environmental effects assessment as part of the resource consent application" will find a way to preserve the bird sanctuary, but they do not recomend the Bill be stopped until it is completed. I wish I had their faith in developers.

13 April. The Select Committee have come back with a contradictory report that takes no responsibility for the imapacts their advice will have on the environment. Teardown of the key page here. And here is an Open letter to MPs regarding the failures of the report.

12 April. Further evidence to support the petition and the associated speech to the Select Committee.

20 February. All the sumissions can be found here. This is the link to the submission from the Point England Bird Sanctuary.

19 Feburary. 1,848 people signed our petition to stop the Point England Development Bill until an independent environmental impact assessment has been completed and presented to the Local Government and Environment Committee with a better development proposal. 3,393 people signed a second petition created by Tsz Ho to save the reserve. 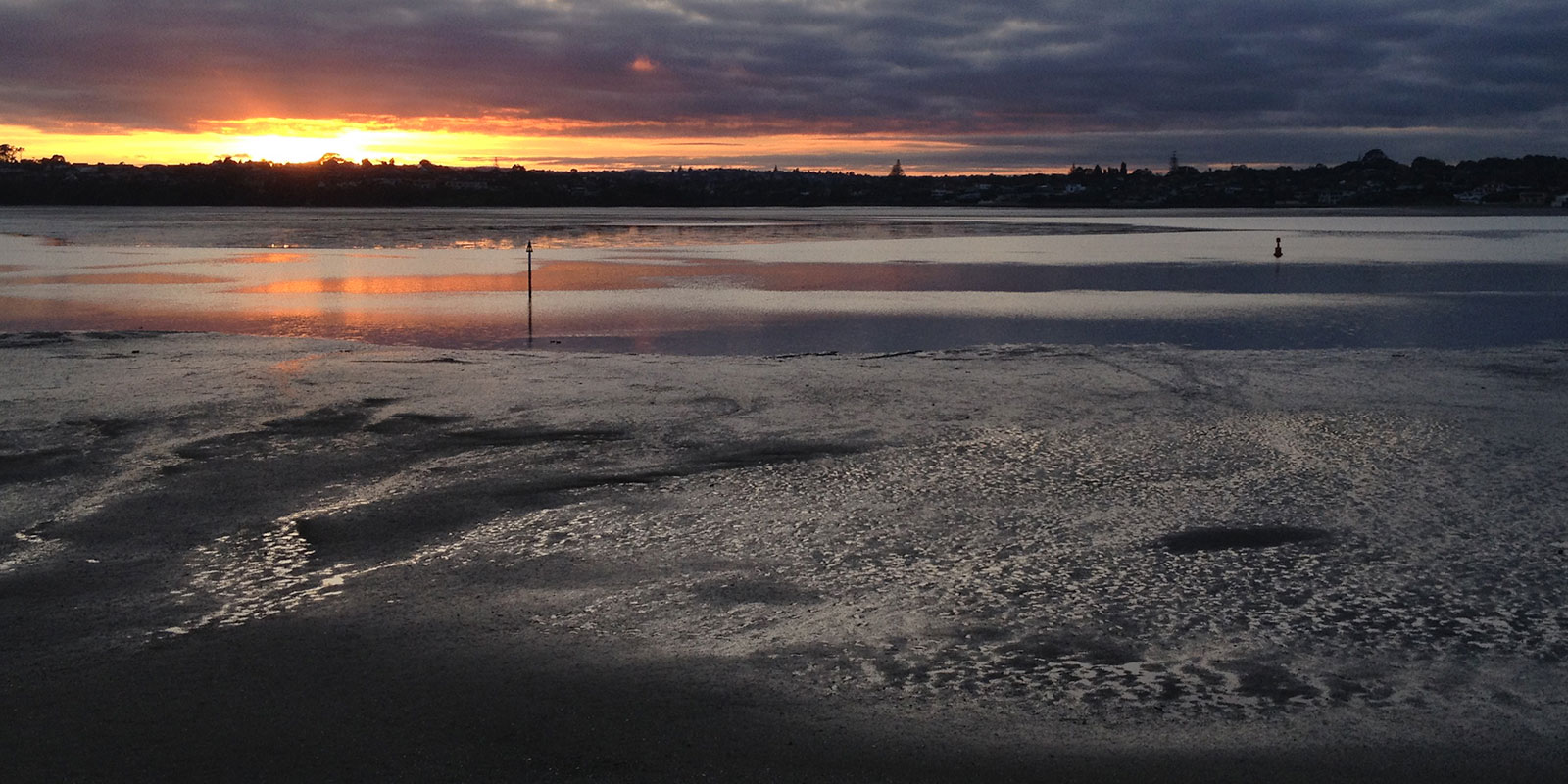 Will the Tāmaki Estuary no longer have shore birds?

With fantastic support form Auckland Council we have been looking after the endangered New Zealand Dotterel that nest in the paddock for several years now.

It’s been hard work, but the dog walkers in particular have been awesome, and we have had some real highs like the fledging of our first dotterel chick and regular visits from one of New Zealand most critically endangered birds the shore plover.

The paddocks have cows which keep the grass short, but the birds do not come for the grass. Migratory birds like bar-tailed godwits fly from the other side of the world to feed in the expansive mud flats of the Tamaki Estuary. When the tide comes in all the wading birds seek refuge above the high tide line. But if you look on Google you will see there are no roosting areas along the margins of the Tamaki. There is some green but it comes with trees, dogs or rugby balls. So the majority of the white-faced herons, royal spoonbill, South Island oystercatchers, variable oystercatchers, New Zealand dotterel, banded dotterel and pied stilts all make there way to the paddocks. For most of the year there are small ponds in the paddock so when a harrier flies over and sends hundreds of birds into the air its like you're in a David Attenborough documentary.

Now there is a bill to turn 11.7ha of the 48ha reserve into 300 houses, the bill does not mention any wildlife whatsoever.

Here is a map of the area which shows where nationally vulnerable dotterel have nested in the past (this will now be houses).

When the houses, people dogs and cats come, where will the Tamaki birds go? For those of you who know Tahuna Torea (north of Point England) its a beautiful place but its not suitable habitat for wading birds. Dotterel have never bred there and with the mangroves, trees and people it is no longer the resting place of Torea (Oystercatcher). That job has been Point England's for decades.

So with this last development will the Tamaki Estuary no longer have shore birds? 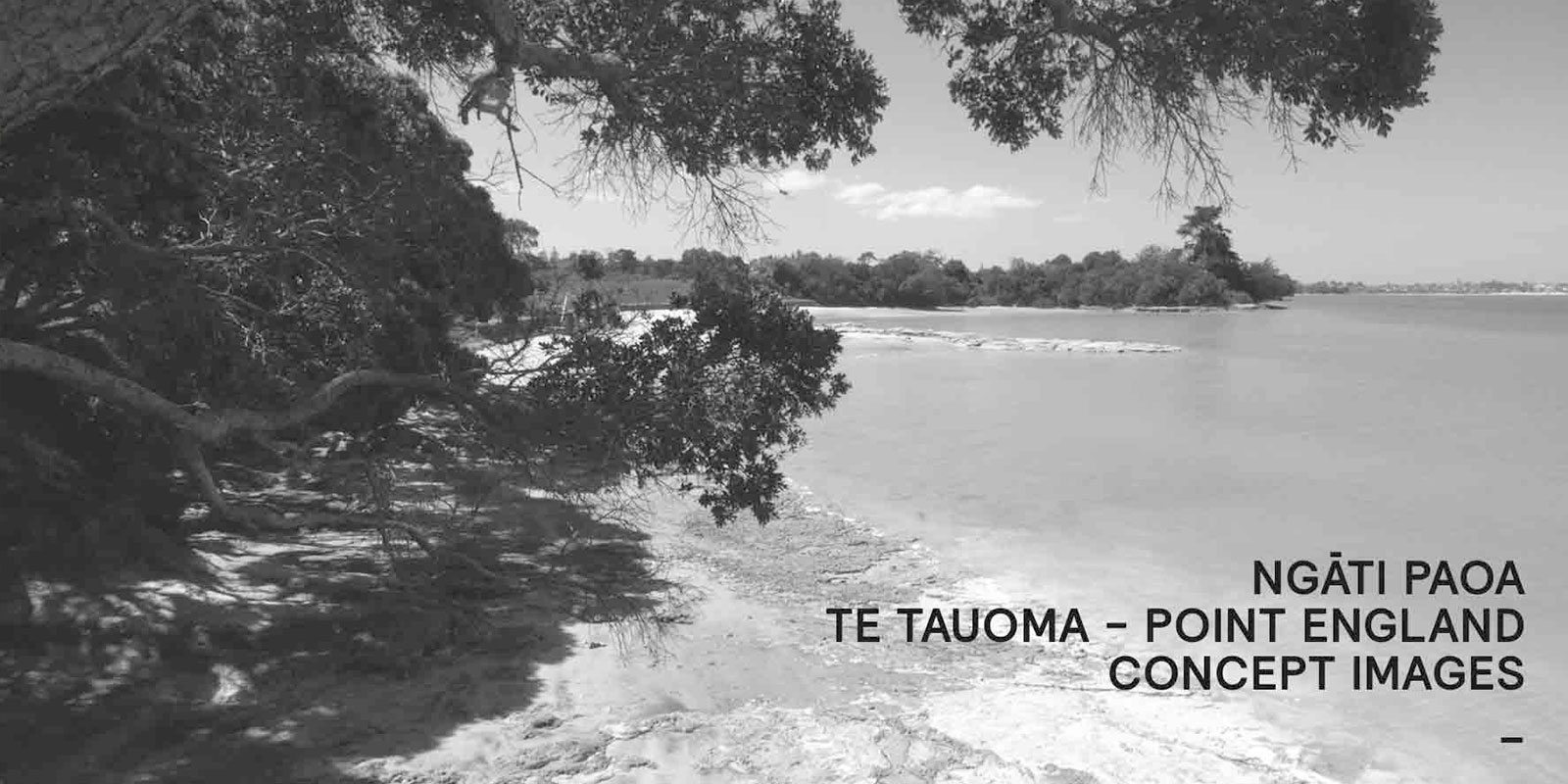 Images have been released of the Point England concept plan.

We need an independent ecological impact assessment and a better plan before the bill is passed. 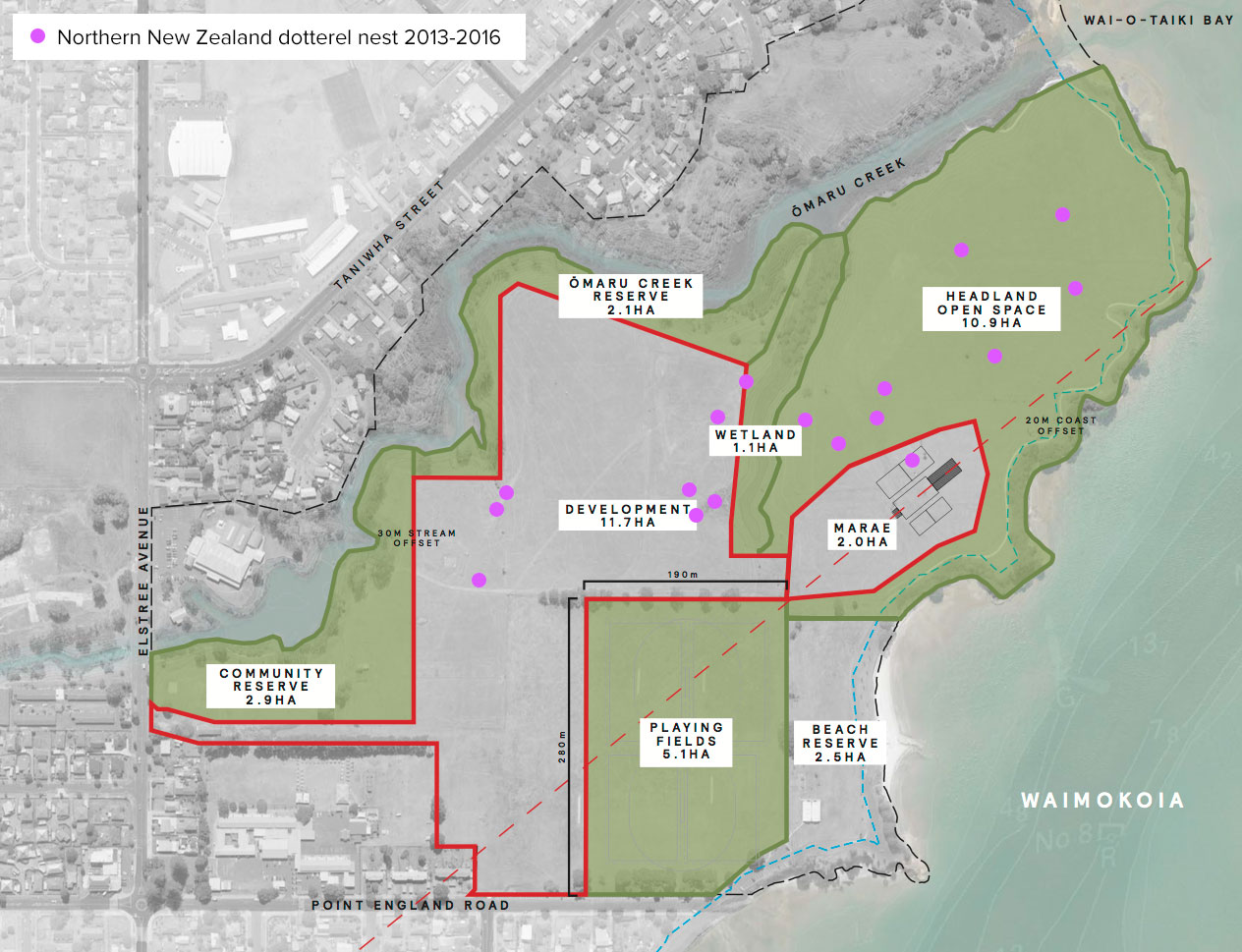 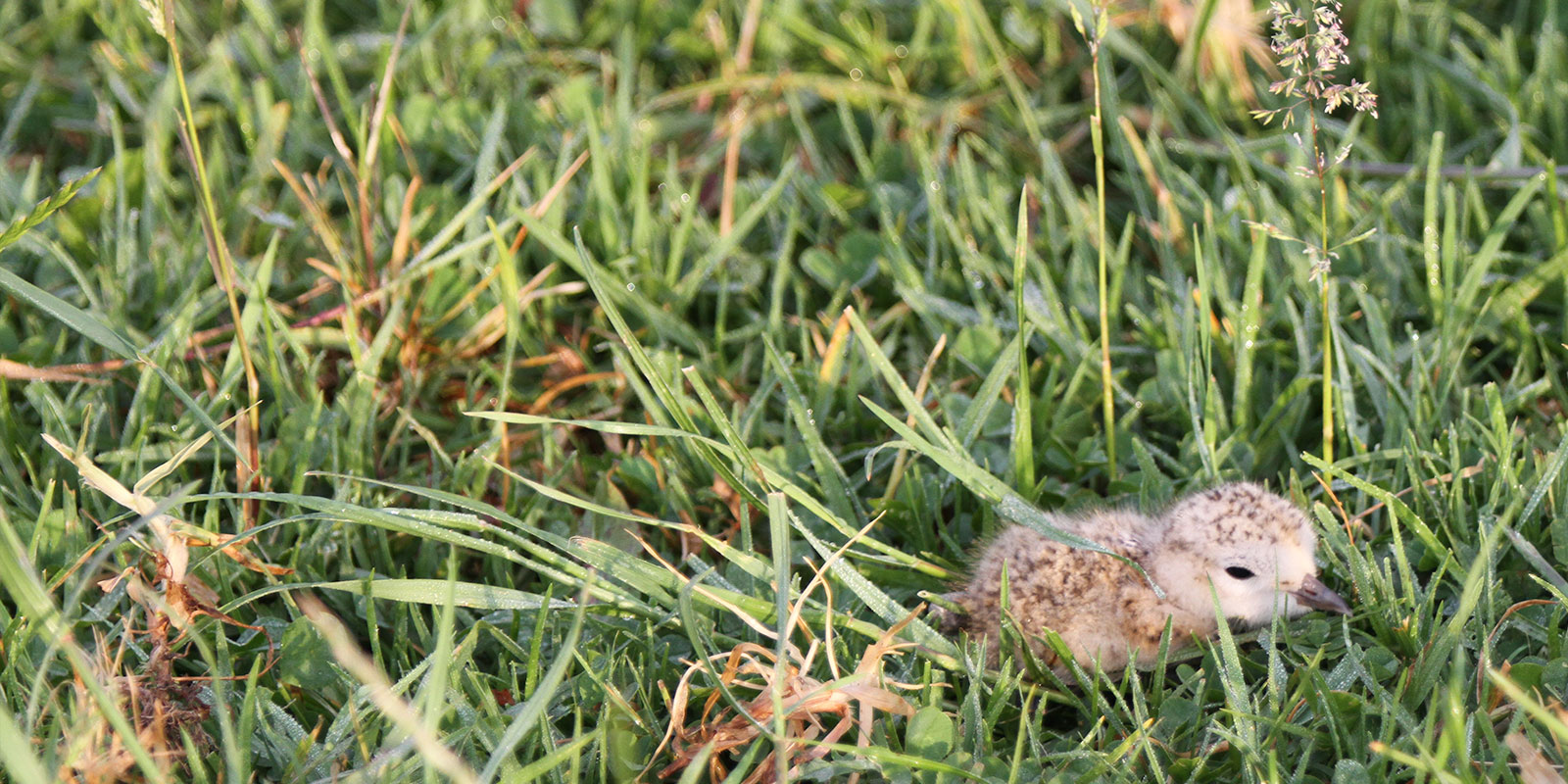 It’s not what we have now, but we want for the future

Relative to the big bird roosts around New Zealand the roost site at Point England is small. But the majority of birds are at risk or threatened with extinction.

A running total of the maximum number of a given species counted. 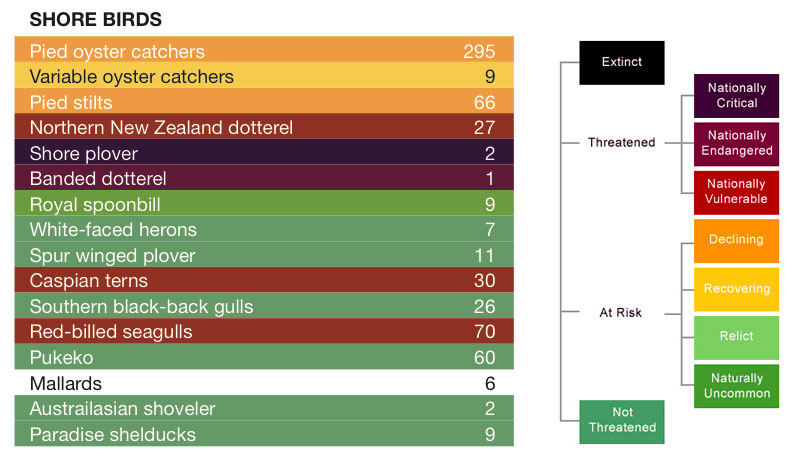 These quotes from The House Above the Sea by Ronald Lockley (1980) tell of a time when the Tāmaki Estuary was able to sustain much larger flocks of birds.

Pg 180 “The regiments of SIPO are sometimes a thousand strong.”

and I found this one rather poignant:

Pg 217-218 “To this refuge [ Godwit Island, Tahuna Torea ] now flock hundreds of godwits, knots, torea, stilts, terns, many whitefaced and some reef herons, kingfishers and other birds deposed from the sandspit by strolling humans at high tide. At times the pale mud of Kuaka Island is completely covered with waders. Birds soon learn where they are safe, even where parties of bird-watchers assemble to gape at them across the twenty meters of rippling tide. They are, anyway, full-fed and sleepy and it is too much trouble to move.

‘Of course, ‘ said one pessimistic friend, ‘all that heaped-up mud is bound to slump to its former level. Already it is eroding around the tide-line. What do you propose to do about that?’

‘We, or our bird-loving posterity, will build it up again, of course!’”

These quotes from Keith Woodley, Miranda Naturalists’ Trust News Issue 85 explain the importance of having an undisturbed roost site local to a given feeding area.

“A study on the Tagus estuary in Portugal, an important site for Dunlin, looked at bird densities in relation to roost proximity. It found the overall density of birds on suitable mudflat foraging grounds declined with the distance to the nearest roost. … If suitable roosts are lost or degraded, and alternative sites are too far away from feeding areas, the overall carrying capacity of the site will decrease. Why? It is all to do with energy budgets. A shorebird needs energy to meet its daily maintenance needs, and the further it needs to fly to find a suitable high tide roost, the higher its energy expenditure.”

“Sleep for a shorebird is a physiological necessity: it is also the most energy-efficient activity there is.”

"Excessive or prolonged disturbance has severe implications. Models indicate that a relatively small increase in disturbance levels can result in a substantial increase in energy expenditure. Energetic costs to roosting birds may eventually exceed energy requirements for maintenance, moult and pre- migratory fueling. ‘The capacity of shorebirds to compensate for such increases will vary according to the feeding and roosting options available at a site, but it is very likely that circumstances can develop where roost costs could drive the energy budget into deficit.’

The outcome may well be diminished survival or birds abandoning a site completely. Shorebird population dynamics are complex and affected by various factors so it is very difficult to isolate key variables determining population levels and thus quantifying the precise impact of disturbance. Nevertheless, studies in Britain, the Netherlands and in the United States have all linked declines in shorebird populations to disturbance.” 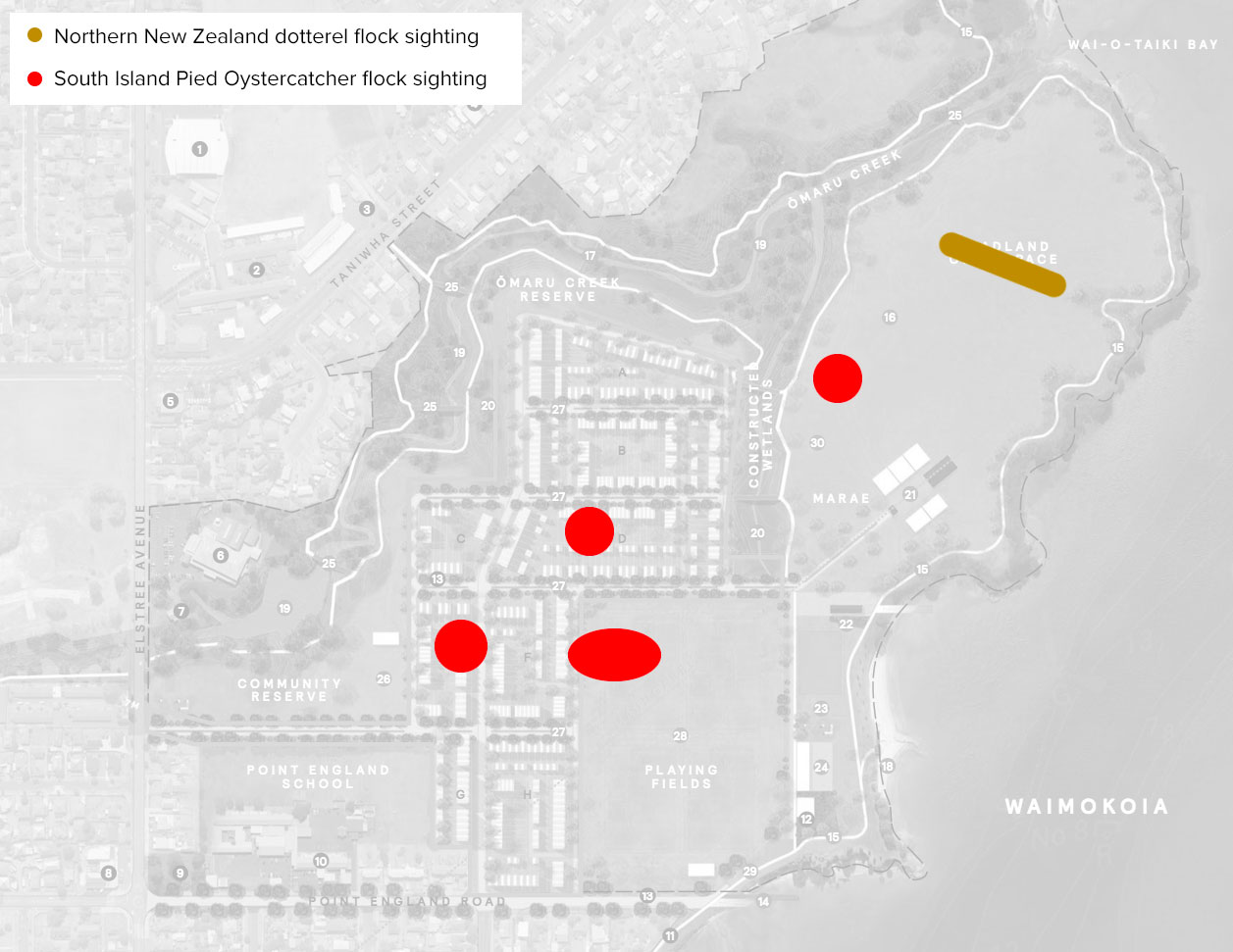 This map of observed flocks at Point England overlaid on top of the proposed development shows how the birds were not considered. An ecological impact assessment should explain why the South Island pied oystercatcher prefer not to roost on the headland. The Northern New Zealand dotterel flock observations are in a dip in the land, which probably creates some shelter while remaining exposed (so the flock can still see approaching predators). 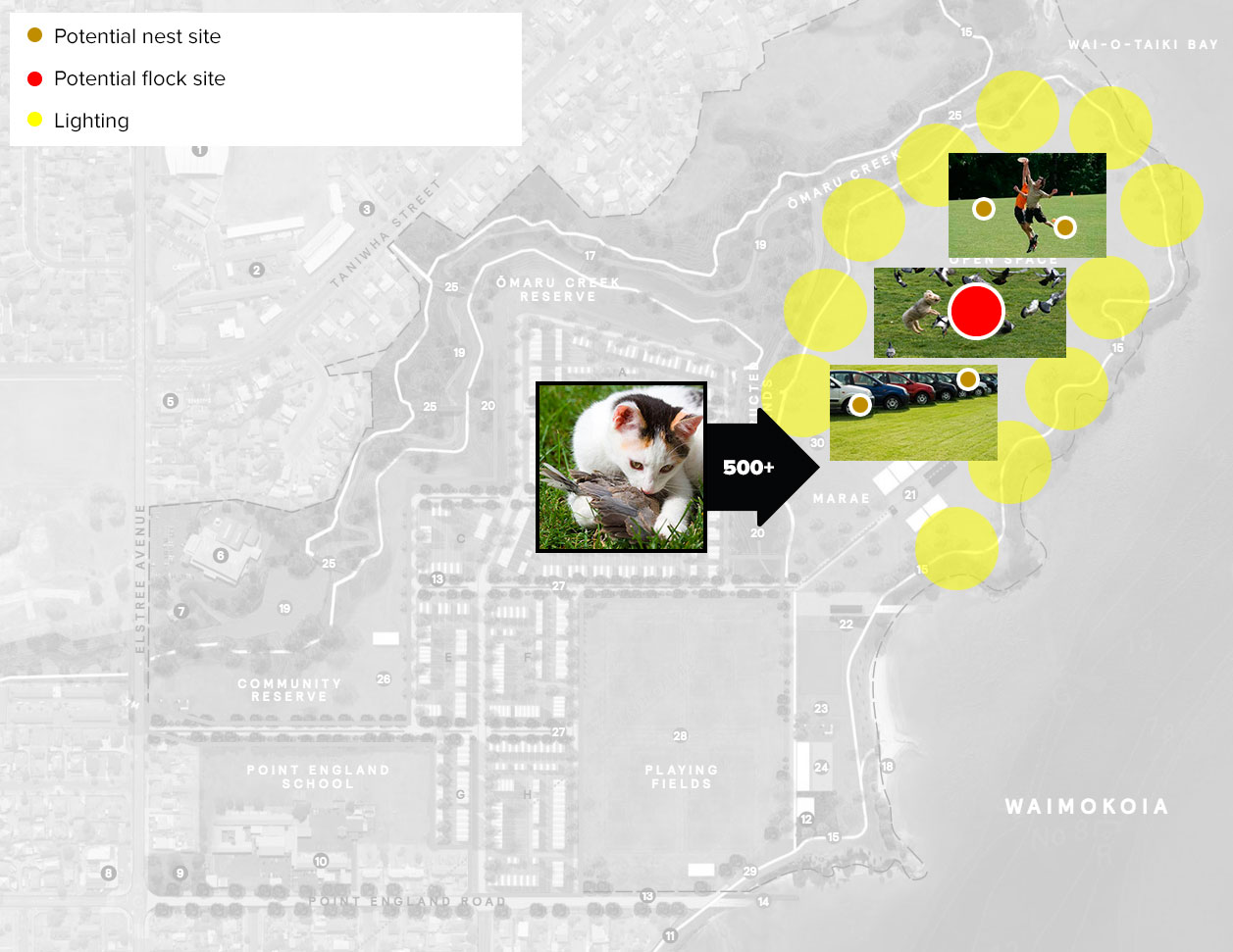 If the development goes ahead the Northern New Zealand dotterel (NNZD) may decide to try and nest in the reduced area and the South Island pied osystercatcher (SIPO) and pied stilts may try and roost in the remaining open space. Here are some of the threats they will face: 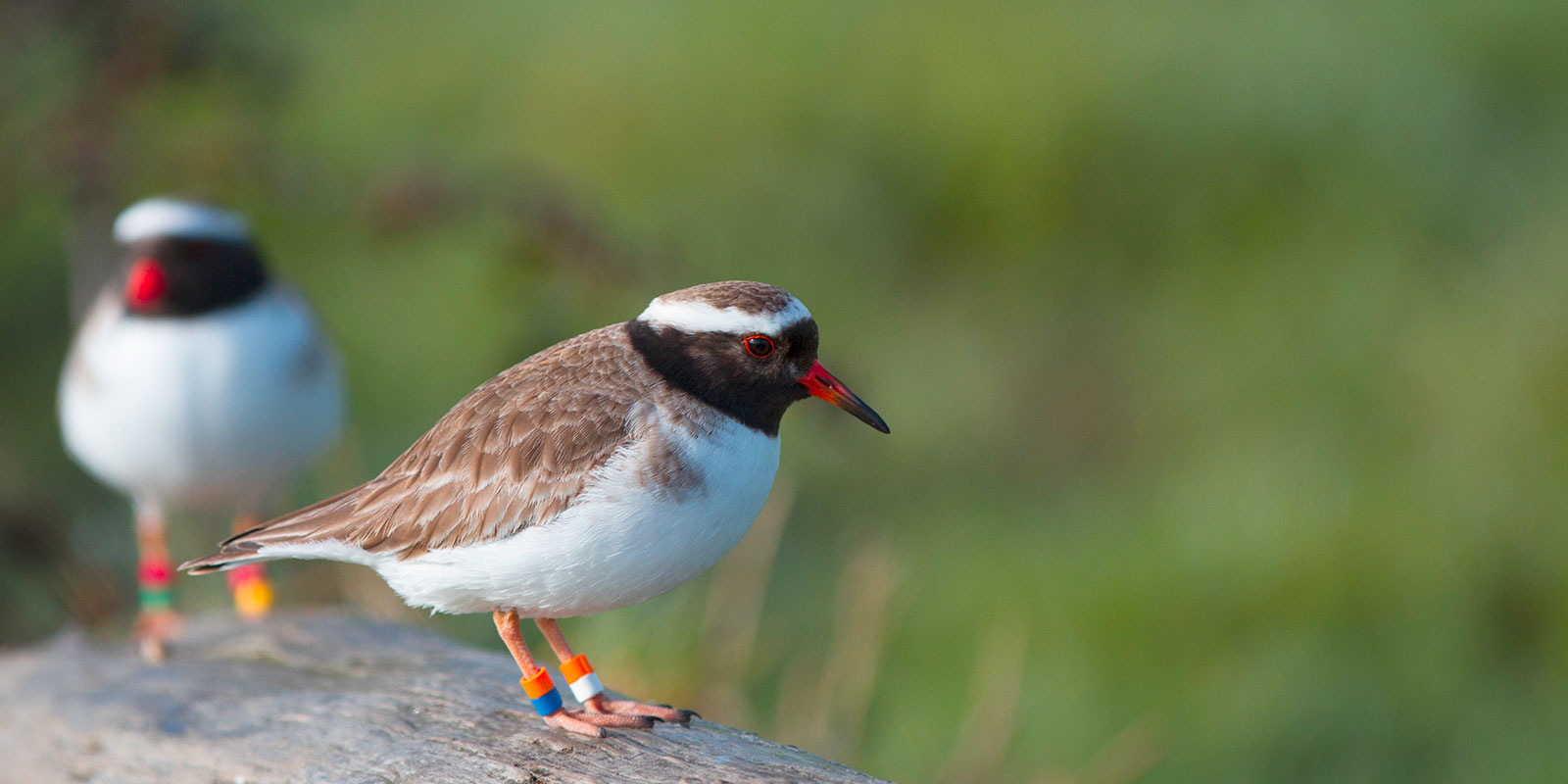 Believe it or not this bird roost just 20 minutes from the heart of New Zealand’s largest city is eligible for internationally recognised high ecological importance. The Ramsar Convention which was set up in 1971 for the conservation of global biological diversity has nine criteria. Point England meets two of those criteria:

”Criterion 2: A wetland should be considered internationally important if it supports vulnerable, endangered, or critically endangered species or threatened ecological communities.”

Shore plover are one of the most endangered shorebirds in the world. There are only 175 shore plover left and they occasionally use Point England as a roost site. They are in New Zealand’s highest threat classification ‘Nationally Critical’.

”Criterion 6: A wetland should be considered internationally important if it regularly supports 1% of the individuals in a population of one species or subspecies of waterbird.”

There are an estimated 2,200 Northern New Zealand dotterel. There have been multiple counts of the post breeding flock that exceed 22 individuals at Point England including one of 27 in July 2016.

Labour: National and Maori Party to carve up playgrounds

Berry Simons: Aucklanders locked out of Government move to get rid of reserves

A new group has formed following the dangerous precedent set at Point England. Save Our Reserves is championing reserves across New Zealand to keep them safe from development.